What do you know that I don't know? 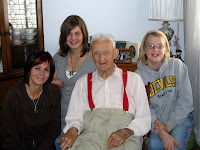 I traveled to Fredericton (New Brunswick) for business this week. I arrived in the late afternoon and since it was a beautiful sunny day, I decided to sit on the patio of the hotel to read a book, watching the sun go down over the river while sipping a glass of wine. I was having one of those rare moments of pure bliss and I was feeling grateful.

A bit later, an older gentleman took a seat at the table next to me. I commented on the beautiful sunset and he replied that this was his favorite place to pause after a days' work to watch the day surrender to the night. The gentleman's name was Neil. He said he came here every week night. Neil spends his day at the office until close to 6:00 pm, does an hour workout at the gym and sits on that hotel patio with a glass of wine to reflect on the day. As we chat, I find out that Neil is a public servant who has been planning to retire for the past five years but every year he seems to put it off for a little while longer. He tells me that he has finally made the decision to leave and this is definitely his last year. Neil hired a 37 year old to train as his replacement. The young man has many ideas on how to improve things but Neil is not open to his ideas. Neil tells him to do the job his way. He reasons that the young man will have lots of time to implement his new ideas once he retires.

"Really?" I exclaim. "Why aren't you interested in what your young employee has to say?" Neil replies "I am too tired to start something new. My way works well and I would rather not complicate things before I leave. I want the last few months before I retire to be quiet and uneventful." I understood him and at the same time I felt he was missing an opportunity to learn: "This is fascinating to me because tomorrow I am giving a talk about leadership and inter-generational communication. Both generations can learn from each other but we need to create more opportunities for a knowledge exchange in the workplace."

Neil and I had a lively conversation over supper. We compared notes about our definition of leadership, our work ethics and our perceptions on work life balance. By the end of the evening, I knew what had been Neil's most satisfying work experiences, his biggest disappointments and the important life lessons he had learned along the way. Even with the age difference, Neil and I had many things in common. In that short span of time we gained enough trust in each other to share some painful truths. We both have children that are struggling with health issues and may not live up to the dreams we had dreamed for them. I left that conversation changed. I think it meant a lot to Neil as well. When I got back home from the trip, Neil had already sent me two emails!

The group discovered that the definition of leadership was the same between generations. What was different was the approach that each generation used to achieve their goals. For example, the younger generation made good use of technology to establish and sustain social networks, using tools like Facebook, Twitter, and Skype to their advantage. The older generation put in a lot of overtime to get the work done and operated closely within the confines of the written and unwritten rules of the workplace culture.

For the older generation, the young public servants are the fresh eyes. After spending many years in the same work culture we take things for granted and not be able to see the new possibilities. It takes humility to consider and give merit to someone else's ideas, especially if they are younger and less experienced than yourself. It takes courage to acknowledge that there might be a better way and allow someone else to point the way. At the same time it can be a worthwhile exchange. The younger generation can teach the older generation how to gain an edge through the use of new technology and new approaches among other things.

For the younger generation, the older public servants have a wealth of information that can help them become successful in the workplace. Through their many years of work experience, older public servants have acquired tacit knowledge about how to get the job done that cannot be learned at school or in books. Younger public servants honor their older colleagues when they ask them to share their stories, teach the lessons they learned along the way, and solicit their advice on work issues. It is a gift and privilege to be chosen as a mentor or a guide.

What would happen if you purposely sought advice from someone of another generation this week? You could learn a thing or two ... If nothing else, you make that person's day because they would feel appreciated and valued. So what have you got to lose?
Posted by Sylvie Lapointe at 4:25 PM