You are what you believe you are 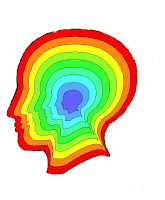 With deep sadness in her eyes Janet explained: "I was a curious child. I wanted to know the "why" of everything. I wanted to know why the sky was blue, why the bee stung, and why birds flew. My parents would get frustrated with me. I asked too many questions. They were both school teachers so you would think that they would have seized these opportunities to teach me what life was all about but instead they dismissed me and my questions. I started believing something was wrong with me. Why did I have so many questions? Why were my parents frustrated with me when I asked questions? Pretty soon I started believing that I was stupid. So I just stopped asking questions from that day on. I grew up convinced that I was not as smart as most. I did not go to university or college because I did not think I had what it took to succeed academically. Here I am now about to lose my job as a career counsellor (ironic isn't it?) because my contract will not be renewed and I have to find a way to market myself to find a new job. I am scared. Very scared. It seems like all the jobs I am interested in require a university degree and I will not go back to school. I just can't..." Janet felt stuck.

Janet had adopted limiting beliefs about herself that were preventing her from moving forward? She believed she was stupid.

People have varying degrees of strengths in the different forms of intelligence. No one excels in all of them. Intelligence is the sum total of your abilities.

Unfortunately the school system, and society in general, have a very narrow definition of what constitutes intelligence. In school your level of "intelligence" is measured according to two-types of intelligence: linguistic and logical-mathematical. Many schools, teachers, and entire education systems, persist in the view that a child is either intelligent or not depending on how they score in language, math, and science tests.

The school system still classifies the 'intelligent' kids as 'good' and the 'under-performers' as 'bad'. Many children grow up being told that they are not intelligent and internalize the belief that they are not worthy. It is the "you'll never amount to anything" syndrome.

"Jimmy, you failed your science test...again! Why can't you get that E = mc2?"
"Mia, you wrote a good story but your spelling is so atrocious that I gave up reading it half way!"
"Susan, why can't you memorize those multiplication tables? You are really weak in math."
"Janet, I have better things to do with my time than to answer your incessant questions!"

"Intelligence, particularly as it is traditionally defined, does not sufficiently encompass the wide variety of abilities humans display. In (Gardner's) conception, a child who masters multiplication easily is not necessarily stronger in another kind of intelligence and therefore 1) may best learn the given material through a different approach, 2) may excel in a field outside of mathematics, or 3) may even be looking at the multiplication process at a fundamentally deeper level, which can result in a seeming slowness that hides a mathematical intelligence that is potentially higher than that of a child who easily memorizes the multiplication table." (Wikipedia)

If you choose to adopt a more inclusive view of intelligence, as Gardner suggests, then it becomes possible for every child to grow up with a stronger sense of self-esteem, confident in the value of their unique set of skills and abilities. If you are curious about what types of intelligence you have, I invite you to complete this questionnaire.

Another lens through which we can learn about ourselves and build our self-confidence is Personality Types. Many thinkers across the ages have theorized that there are four distinct patterns of human behavior. Some of the personality type theories date back to such figures as Hippocrates (c370), Plato (c340) and Aristotle (c325). More contemporary authors in the field of personality type are the psychologist Carl Jung; a mother and daughter team Isabelle Briggs Myers and Katherine Cook Briggs who developed the Myers-Briggs temperament sorter; David Keirsey, a psychologist who wrote a groundbreaking book entitled Please Understand Me; and Don Lowry, a student of Keirsey, who created the tool True Colors.

Let's look at Keirsey's approach to temperament type more closely. David Keirsey researched historical literature in psychology, philosophy, and the sciences, and became intrigued by the patterns of four temperaments. As an Educational Psychologist, he began putting theory into practice in the 1950's where he developed techniques in training and coaching. For more than two decades, he served as a consultant to both educators and psychologists, with continued research and innovations in his theory of the four temperaments. In the late 1970’s Keirsey published his theory in the book, Please Understand Me® (1978), where he publicly introduced the Keirsey Temperament Sorter®

According to Keirsey, the four types of personalities are:

Now back to our story about Janet.

Janet completed the Multiple Intelligences questionnaire which showed that she had real strengths in the Kinesthetic, Spacial-Visual and Interpersonal intelligences. None of which are measured or celebrated in our traditional school system by the way. The Multiple Intelligences theory gave Janet a different frame of reference from which she could define way herself. When she looked at her career path through the Multiple Intelligence lens, Janet confirmed that the jobs that gave the most satisfaction and positive feedback were aligned with her unique mix of intelligences. She was most successful when her job involved hands on problem solving and regular interactions with people. With this new mindset, Janet was able to start seeing and appreciating what she was good at rather than what she was lacking. Her acknowledgement of her strengths and abilities was a much more positive and rewarding springboard to start a new job search.

Janet also learned that, according to Keirsey's temperament theory, she was a Rational. Rationals seek knowledge and understanding. They love to develop theories and hypotheses about how the world works. Rationals are free-thinkers and excel at problem-solving. The biggest stressor for a Rational is incompetence, not having the answers.

Remember the story of the little girl who kept asking her parents the "why" questions and got closed down? She was simply expressing who she is at her core, a Rational, who needs to know and understand. She was not stupid. In many ways, asking questions were an expression of her intelligence and her thirst for learning.

Janet was smart. That realization shook her to the core. Tears were streaming down her face as she started to consider, and finally to admit to herself, that in fact she had never been stupid. That limiting belief had caused her much suffering but now she had the opportunity to choose a different way of defining who she was. Janet could choose to hold different beliefs about herself. She was intelligent. She was capable. She was worthy.

Janet could now choose to love herself for who she was.

And just like that, one chapter closed and another chapter of Janet's life was waiting to be written.

What about you dear readers?

How does personality type theory give you a different lens to define your unique set of skills and abilities. How does it explain why you prefer certain things and dislike others? How does it give you another way of appreciating who you are?

Please share your stories with me.
Posted by Sylvie Lapointe at 12:18 PM